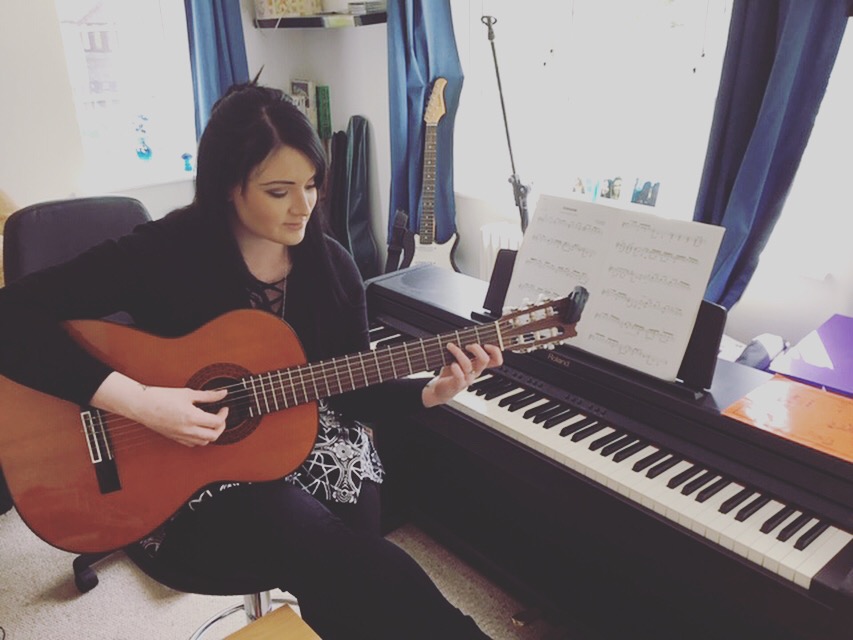 Sammie has always had a passion for music from a young age. From the age of 7, she began learning classical guitar. This lead to joining the Berkshire Youth Guitar Orchestra, which entailed fantastic opportunities such as touring Germany and China, and included concerts in Bridgewater Hall and The Royal Albert Hall. Along the way, Sammie has had the opportunity to perform alongside incredible musicians such as Gary Ryan, Craig Ogden and John Williams.

She also taught herself to play piano from a young age and has used this throughout her life within her own personal compositions and in performances.

At the age of 14, Sammie began singing and joined choirs. This lead to opportunities to perform in talent shows and allowed her to join the musical production of the Madness musical “Our House” performed at Henley College.

Sammie has always been deeply inspired by rock and metal music, growing up with the influences of 70’s and 80’s music from her parents, which lead to her forming a band whilst in college. Sammie was lead guitarist/pianist and one of two vocalists in her band, performing in small venues for a year.